NBC Bay Area had a troublesome run-in with Dustin Olson‘s bags at the opening for “Fantastic in the Sack” last Saturday:

“According to this guy who claimed to be the artist (whom I believed solely on the basis of his superior bag design), he was being f-ed with by this band of bagged men and their documentarian for what seemed to be flattery, criticism, opportunism, or a mixture of the three.

Olson asked me to try to get to the bottom of it since none of the bags would talk to him.” –Josh Keppel, NBC Bay Area 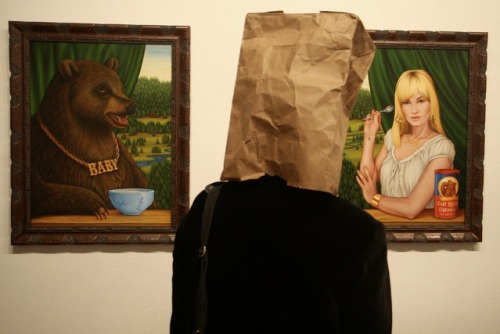 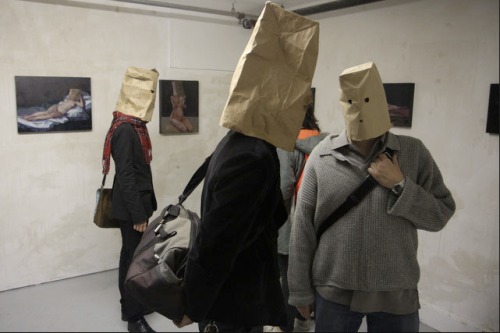